Dedicated To The Advancement Of Heterogeneous Networks 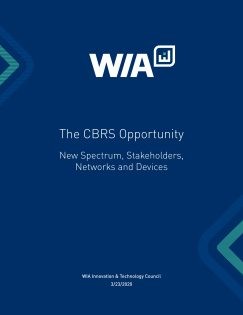 ling theme of the Citizens Broadband Radio Services band, which is just beginning to reach the commercial deployment stage in the United States. With a sizeable chunk of mid-band spectrum available on both a licensed and lightly licensed basis, a variety of intriguing use cases are emerging that will be supported by new devices and a mix of new and existing players.

The Federal Communications Commission (FCC) is making 150 megahertz of spectrum in the 3.5 MHz band available to both licensed and lightly licensed users on a shared basis. The spectrum is expected to spur use cases ranging from industrial IOT to fixed wireless access and private LTE networks. Access to the band is divided into priority tiers, with incumbents – primarily the US Navy—holding the highest priority, followed by licenses expected to be auctioned later this year, and finally general access users who can use the spectrum on an opportunistic basis.

Licensing in the CBRS band is neither exclusive nor completely open unlicensed spectrum. Instead, the FCC adopted a hybrid approach to the band, marrying elements of licensed and unlicensed use in a novel sharing regime. Similar to how companies like Uber and Airbnb have enabled the so-called sharing economy by leveraging existing assets owned and controlled by third parties to maximize their value through technology and sophisticated algorithms, so too does the FCC’s licensing regime in the CBRS band by taking underutilized government spectrum and making it available for commercial use. The hallmark principle of the CBRS band is that usage rights are available on an opportunistic basis — spectrum in the band is generally available for commercial use on a use-it-or-lose-it basis.

CBRS is an important tool in the tool chest of carriers and enterprises that can be used on its own or in tandem with cellular, Wi-Fi and other network solutions to provide reliable communications to the public, employees and machines. Most of the mobile applications available on cellular devices today are successful because they use LTE technology, which offers much faster speeds, among other things, than previous generations of cellular. Because CBRS spectrum will also use LTE technology, it can offer true mobility, as well as strong security and higher quality of service than unlicensed Wi-Fi networks.

Experts believe CBRS will democratize LTE wireless technology and facilitate use cases in verticals ranging from utilities and hospitality to manufacturing, transportation and enterprises. The CBRS supplier ecosystem is already looking beyond 4G-LTE and into 5G-NR. CBRS may be the first mid-band spectrum in the United States to observe 5G deployments at scale.

On the Block: CBRS PAL Licenses Set for Auction

Already Registered? Login Here
No comments made yet. Be the first to submit a comment